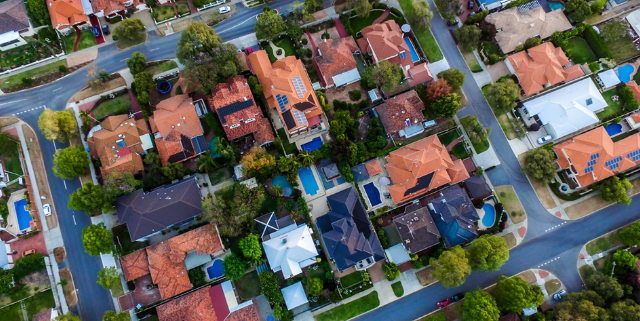 A study has been done which demonstrates that where crime rates go up, property prices go down. When property prices go down, the economic livelihood of a community suffers. All kinds of crime contribute to this housing value avalanche, even crimes which at first glance may seem harmless, such as vandalism. However, vandalism is actually the crime which most negatively effects the economic values of homes in an area.

The reason behind this reality is that crimes do not occur in a vacuum, isolated from each other. The repeated occurrences of crime in one area foster an atmosphere of lawlessness which emboldens would-be criminals to actualize their illegal intentions. After a certain number of crimes occur in a single area, the atmosphere gives birth to a crime hot spot.

Crime hot spots cause a significant decrease in housing prices in the immediate area, even more so than the average crime rate of the whole town. And the worst kind of hot spot is a vandalism hot spot. The logic is such: vandalism affects the appearance of an area long term, allowing everyone to witness the continual aftermath of a crime. House buyers read the anarchy and vulgarities of vandalism as a sign that no authority is in control of the area, that the neighborhood is in decline, and so they avoid these areas if they can.

Research suggests that physically observable crimes more effectively induce fear in the community than non-observable crimes. Thus, the strongest correlation between levels of different kinds of crime that can be found is between the presence of vandalism hot spots in a community and violence, care theft, and house burglary.

The best way to combat vandalism and defend the economic livelihood of a community is to utilize crime deterrent cameras. Most vandalism is extremely expensive to erase and repair and occurs at times when there is little chance of the perps being caught in the act. Therefore, by strategically placing crime deterrent cameras, would-be vandals will be halted before they have a chance to commit the rapid, yet costly crime. Preventing vandalism benefits communities immensely, by removing this catalyst crime.