You are here: Home1 / Blog2 / Blog3 / The Negative Impacts of Illegal Dumping 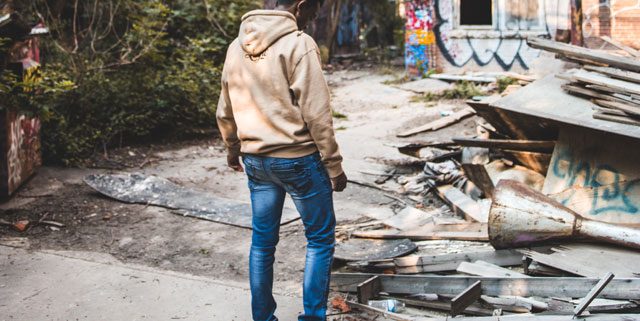 Illegal dumping is a complex social, economic, and environmental issue which can most effectively be addressed through identification of its root causes. Illegal dumping can have a devastating impact on the neighborhoods where it regularly occurs. Communities with low-median family incomes, higher rates of petty crime, and a higher percentage of renters are amongst the most commonly afflicted by the piles of unlawfully dumped waste (1). The negative implications of illegal dump sites are vast and affect the community in physical ways, as well as psychologically.

When the residents of a neighborhood observe the piles of unlawfully dumped waste, their initial reaction is often one of disgust due to the lack of care and selfishness influenced by the perpetrators of the crime. These residents may start to feel ashamed that their community is being treated as though it were a trash can of sorts. The “no one cares” feeling illegal dumping invokes can leave residents feeling insecure and unsafe in their living environment and incite further criminal activity and social disorder.

The environmental devastation that illegal dumping causes is also a primary concern, involving many health risks to nearby ecosystems and humans alike. Pollution from fires caused by igniting hazardous waste materials can take years to properly contain, resulting in contaminated ground water and soil. Diseases which can be easily spread via illegal dump sites include leptospirosis and rat-borne diseases such as Hantavirus. Mosquitoes, attracted to the ideal conditions for reproduction in commonly dumped items such as used automobile tires, have been the sole cause behind the Zika and West Nile viruses.

In a November 2018 interview for the local CBS news station in Las Vegas, Adam Chaney of the Southern Nevada Health District is quoted as saying, “If you dump it, you’re going to drink it eventually. It’s going to contaminate our lake [Lake Mead], it’s an eyesore and it’s a nuisance. It costs the taxpayers, it costs the private landowners. And in general, it’s not good for our community; it doesn’t say good things about our community. We don’t want to live in a giant trash heap.”