You are here: Home1 / video surveillance 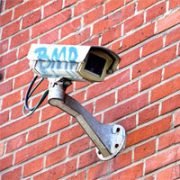 Recently, there was a heartbreaking vandalism incident at Albuquerque Public Schools, NM.  The Albuquerque Journal reported the estimated cost of damage to be more than $80,000. The school had a video surveillance system in place, and the captured video has been released on their Facebook page.

In the video, there appears to be three girls in a restricted area scanning the space.  The surveillance system continues to pan across, away from the suspects, and ultimately faces the wall. By the time the camera pans back to where the suspects were first seen, the video shows the last suspect climbing over a wall with what appears to be a hammer in one hand. This video system successfully captured evidence of the suspects entering the school, but did not help protect the school from the $80,000 destruction from taking place. These suspects “pretty much trashed and broke as much as they could,” said John Dufay, Albuquerque Public Schools Executive Director of Operations.

Nothing is more frustrating when viewing the video images than seeing the three suspects clearly enter the facility, but not being able to clearly identify the suspects due to the limited resolution and image clarity. There is solid evidence of them entering the facility, but who are they? If the school had supplemental tools that captured higher resolution images for identification purposes to complement the video system, or ideally even stopped the vandals from even entering the school, less time and resources would be required to reverse this extreme case of vandalism. Imagine the amount of time it takes to find these few seconds of the suspects captured on video, having to fast forward through several days of footage after a holiday break?

Vandalism prevention efforts are ultimately more efficient by costing less money and time. In addition to the required resources to reverse and repair these damages, the emotional impact that school vandalism has on the students and faculty cannot be overlooked. It is critical to implement a game plan to protect schools from these types of nuisance crimes proactively as a  long term strategy for maintaining school safety.