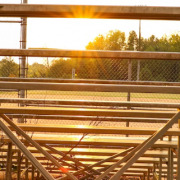 Parks are where people go in the community to have fun and relax with friends and family. Sadly, there are people within the community who are ruining the fun by stealing metal from the parks. Unfortunately, more and more metal thefts are occurring in the United States. Parks are especially affected by this nuisance crime, and it needs to be stopped.

Parks are being targeted by thieves for the metal within the lighting systems, circuit breakers, but most surprisingly the bleachers and/or benches. Who would have thought bleachers were the target of theft?  But the bleachers are important, and this type of theft is becoming an epidemic. The community uses bleachers to enjoy the day at the park, or even to watch community ball games.  Cities are taking this issue seriously because it effects their budget.

There are solutions to the problem of metal theft in parks.

Inform the community of the problem. The community is a very important asset to use to help stop metal theft. When citizens in the community are informed, they will recognize when the act of metal theft is taking place and will call to report the incident, giving information needed to prosecute.

Traditional surveillance does not stop the crime nor are images captured with the resolution needed to prosecute.   However, Park Vandalism Cameras, specifically designed to stop crimes such as graffiti, vandalism, and metal theft are essential tools in stopping this activity and providing prosecutable evidence that stands up in court. 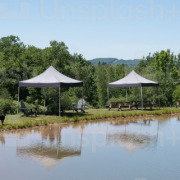 Park Vandalism is a costly problem in the United States affecting all communities and the number of incidents is increasing every year. Vandalism, an old term from the 1700s during the French Revolution, is still happening today.  Sometimes it is affiliated with protests, unrest, and angry mobsters, but predominately it occurs at parks by youth who are bored or up to mischief. Ending park vandalism is difficult.

Parks are prime targets due to remote areas that are left unprotected.  Installing lighting and hiring around the clock security is costly and not practical.  To end park vandalism, some parks have installed traditional camera systems which incur costs for wiring power and making sure there is an adequate light source when it becomes dark, when most vandalism occurs. Although cost is a big factor in installing traditional surveillance, cost is not the only problem traditional surveillance brings to the table.  Typical video surveillance cannot produce quality images for prosecution and has shown to provide little to no deterrence in stopping vandalism.

In order to protect the new playground equipment, pavilion, and skate park, a Vandalism Prevention Program must be implemented.

Park Vandalism Deterrent Systems are completely self-contained, have their own power source and lighting.  They are specifically designed to stop unwanted activity in parks, such as vandalism.  They can be used anywhere, especially remote areas that are hard to monitor.

As the quality-of-life crimes increase, it is more important than ever that your parks’ department is equipped with the right tools to combat these nuisance crimes.

What is your park doing to end park vandalism? 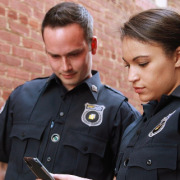 In order for communities to remain safe, the members of the community need to partner with the police force of their respective municipality. Neither police, nor community residents can successfully fend off crime on their own. The police have the muscle and equipment necessary to confront criminals head-on and apprehend them. However, community residents possess a more intimate knowledge of the specific problems which are plaguing their neighborhoods. Only by means of a partnership will criminals be effectively thwarted from carrying out their nefarious intentions in communities.

Unfortunately, police officers have come under immense suspicion in recent years. If there is to be any alliance formed between police and the communities they serve, trust must be re-established. A key component to forming trust is adopting a policy of transparency. Police need to keep their communities up to date on all relevant information regarding criminal activity and the police’s investigative and preventative response to said criminal activity. Once law enforcement agencies display their good will with a policy of transparency, citizens will be more likely to open up and share.

Citizens will be able to aid police in their law enforcement efforts if they are given the opportunity to and feel comfortable with sharing pertinent information regarding the workings of their neighborhoods. Police need to know where crimes are taking place and what kind of crimes they are. Nuisance crimes that affect quality of life, are often manifested in vandalism and graffiti, especially in parks.  These types of park crimes invite more hideous and violent crimes into the neighborhood.  If citizens are willing to work with the police to remove these types of crimes the overall crime will decrease.  To make the neighborhood safe, communities need implement a Park Vandalism Deterrent Program, which includes cameras designed specifically to stop vandalism and other nuisance crimes that plague parks. 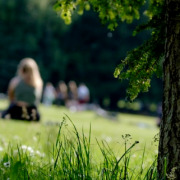 Now in post pandemic times, people have learned, health is more important than ever. When the immune system is down, it becomes difficult to fight off viruses and infections. When your body is not as prime as it could be, mental health also suffers. Mental and physical health are directly related: mental health impacts physical health and vice versa. More and more studies are coming out to show how important outdoor activity is.

Nature is imperative to our health. For example, we need vitamin D for both our physical and emotional health. Historically, the public park was created with mental health in mind. Parks encourage physical activity and people who live close to parks are more prone to use them for exercise. Without scenic recreational areas, people are more likely to suffer from obesity and depression. Beauty is necessary for the public health.

We take nature and aesthetics for granted. We take advantage of pristine parks and do not think about the care and effort that is put into keeping it desirable to communities. We do not think about the communities that cannot afford to do what it takes to keep parks free of litter and vandalism. It takes work to keep parks aesthetically appealing and free from graffiti and vandalism.

Unfortunately, most parks suffer from illegal dumping, graffiti, vandalism, and other quality of life crimes. And quality of life crimes at parks make parks unsafe.  Therefore, people are not able to enjoy the benefits that a healthy park provides. Harming parks harms the entire community.

We need to keep our parks clean and safe for our health and restore our communities to their original glory.