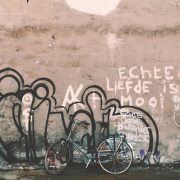 In some ways, destroying another person’s property can be misconstrued as a means of “blowing off steam”. Some may even argue that some form of vandalism is art and beneficial to the community. Few argue against the fact  that vandalism is destroying property owned by someone else.  If that property is public property, it is owned by all in the community, not just a few who decide to destroy it. Nonetheless, vandalism in all forms is a serious crime with serious side-effects, and it’s committed all too commonly.

Unfortunately, a great percentage of the perpetrators are children, and schools become their target. When one student sees their peer commit an act of vandalism there is more likely to be second occurrence with a different student.  Children mimic what they see, and once one child breaks the ice and crosses that first boundary, it becomes that much easier for another child to join in.

The consequences of these crimes  are severe and affect everyone in the community, both directly and indirectly.  As a community caring for the next generation, we must do what we can to prevent these crimes from occurring.

Here are three key suggestions the community can do to help prevent these instances,  assist our children and help our schools stand against school vandalism:

Spending time with and talking to children about the importance of responsibility.  Respecting other people’s property is a very important lesson for everyone to learn.  This education should take place in the family but should be reinforced within the community, either through the school or community groups.

Visible security in the form of officers, cameras and posted signs introduces the idea to the possible mischief maker that there is a possibility that they may get caught. The idea of getting caught takes on a form of responsibility within the mind, and this in turn reduces the prospect of a crime occurring. 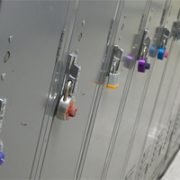 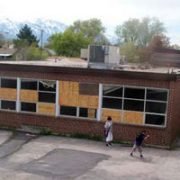 With Spring Break fast approaching, schools should be focusing on plans to protect their vacant campuses during the extended break. Every year, schools become targets for vandalism, trespassing, graffiti and theft, leaving behind extensive and EXPENSIVE damages for the district.

As we focus on “school security” and “school safety,” these two terms seem interchangeable, but there is difference between the two. Dan Flynn, author of the article “The ABCs of School Security” featured in Police Chief Magazine differentiates between the two.

School safety relies on the condition of the school, where school security relies on the means and products in which to deliver the safe environment. School safety is an “ideal” state of being  free of any hazards or danger. Building codes, preventative maintenance efforts, good community, and well trained staff are all examples of what can create a safer school environment.  School security is the condition of being protected or prevented from danger. Security cameras, campus police and school resource officers, and CPTED are examples of school security. When schools improve on their security efforts, they tend to improve their overall safety of the school.

Police Chief Magazine also suggests collaborating between law enforcement experts and the private security industry experts to develop school security programs. By training the teachers and providing the latest technology and security systems in schools will also provide a safer environment for the students and faculty. 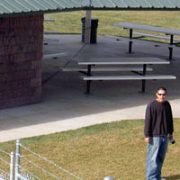 School vandalism is a constant issue taking place across the country, especially after long holiday breaks.  It’s a crime that is costly for schools and dangerous for students and faculty returning to the campus. Broken windows with shattered glass in classrooms, exposed wires or toxic chemicals spilled in areas that children spend most of their day is hazardous and also time consuming to reverse.

When students and faculty return to these vandalized schools, they are distracted from their studies and the level of attention is disrupted. Studies have linked the effects that a school environment has on academic performance. If lights or heating units aren’t working due to copper wire being stolen from the classroom units, it impacts the attention span of the students, even the teacher.  Graffiti vandalism on campus instills a sense of fear  and anxiety that crime had taken place on campus. Some studies also indicate that if children are exposed to these types of property crimes at an early age, they may be more prone to commit these crimes at a later age themselves.

A recent article on The Gazette titled “Landscapes may shape learning,” mentions a study conducted on “The Hidden Benefits of Green Landscapes” at schools. This was presented by the head of the Department of Landscape Architecture at the University of Illinois. He indicates that students have higher attention spans if they have a view of a green spaces from their classroom. Being exposed to green spaces gives the brain a break from the “rigors of focusing on work and other tasks requiring active attention.” Imagine how much additional rigorous activity the brain is put through when it is faced with an environment destroyed by vandalism.  When the environment stays clean, everyone and everything in it will feel safe, and student safety is a top priority for all a schools.