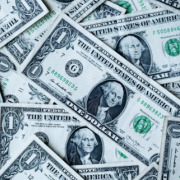 Illegal dumping is more than just an ugly sight to behold. It is dangerous, and It is also very costly. Because illegal dumping poses a very serious health risk to the surrounding residents and wildlife, city officials cannot stand idly by, ignoring the crime. They must do everything in their power to clean the dumping sites and protect their city. However, it is a very expensive endeavor to clean up illegal dumping, “Cleaning up, monitoring, and enforcing instances of illegal dumping cost taxpayers a significant amount of money each year. The EPA mentions that some urban areas in the U.S. spend ‘several million dollars per year on cleanup, hauling, and disposal’ of illegally dumped wastes.”

Illegal dumping costs cities millions of dollars each year to clean up. Cities make up for this cost by taxing their residents. In addition to this, illegal dumping lowers the value of homes due to aesthetics and safety concerns, and therefore lowers the revenue of cities, making economies suffer all around.

Officials should be diligent about stopping illegal dumping to protect their cities’ revenue. 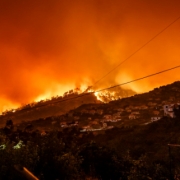 Illegal Dumping Ignites Fires In the year 2019, there were 50,477 wildfires reported in the United States. It is hard to predict when fire disasters will occur, but they can be prevented. According to the Insurance Information Institute, 90% of the fires are started by people through negligence. An unattended campfire or a downed power line can cause a fire, but did you know that illegal dumping can also cause fires?  One of the biggest causes of fire is piles of garbage in dry, hot areas. When trash is not discarded properly, it can cause fires. Illegal dumping of tires causes the worst type of fires, as the oil within the tires once ignited is hard to put out. And according to the EPA, tire fires cause toxic gases and hazardous compounds that pollute our environment.  It is important that the officials of our communities do everything they can to prevent illegal dumping. Here are some suggestions: 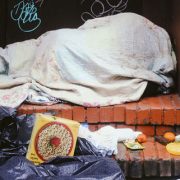 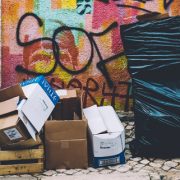 Illegal dumping needs to be managed and stopped. Illegal waste dumping, a problem around the country, causes environmental and physical hazardous that could cause harm to children. What should be a waste management issue becomes safety management for children.

Although illegal dump sites are hazardous to all people and animals, trash environments are especially dangerous for children, who see the abandoned refrigerators and couches piled up as an invitation to “playhouse”.  Besides abandoned objects, dump sites contain hazards like sharp objects, construction debris, and disposed chemicals.

Hawaii News Now speaks of the neighborhood, Makakil, who are experiencing illegal dumping in their community. At the dump site, there are a few refrigerators and couches that the children play on. The parents in the community say it’s a “hazard for children”, and they want the problem to stop.

There many more communities around the US that have the issue of illegal waste dumping. Unfortunately this issue has become a safety concern for some parents, like in Makakil. Local governments should be dealing with waste management so local communities can be safer, but instead illegal dumping has become a safety problem for parents. Local governments should incorporate ways to stop illegal dumping in their waste management program, so that the dumping nuisance does not increase the concern parents have in protecting their children.