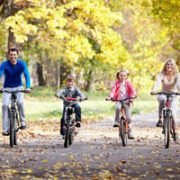 It is essential to have a solution for vandalism within a community, as many studies have shown that a person’s environment directly affects their level of health and well-being. Having accessible parks and open spaces nearby greatly improves the community’s health.

For example, the Bronx is shown to have the highest obesity and asthma rates in all of the boroughs in New York City. Deborah Marton, Excusive Director of the New York Restoration Project (NYRP), is quoted by the NRPA  from her op-ed piece in Crain’s New York Business, stating that “South Bronx residents suffer from some of the poorest health outcomes in the U.S. Asthma rates are 50 percent higher than the city’s average. Seven out of 10 residents are overweight or obese. It’s a leader in diabetes-related deaths.”  Marton implemented the “Haven Project” to further develop and improve the parks and public spaces in the Bronx to provide a healthier community. Will her work go to waste if there are no solutions to prevent or reverse vandalism?

Finding ways to stop vandalism in parks will ensure that efforts like Marton’s project have a lasting effect.  If issues of vandalism are not addressed at these public parks and open spaces, the community will not utilize them, since the fact is that no one likes a dirty park.  Not only are they an eyesore, a vandalized playground becomes a safety concern for the children, causing families to not adventure the parks. This results in less outdoor activities and exercise, which eventually causes poor health outcomes.   Implementing ways that put an end to issues like vandalism and graffiti in these community parks will help promote a healthier and lively community overall.