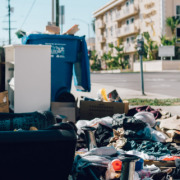 It is very difficult to prosecute the illegal dumping crime.  The crime itself usually takes place in remote areas where witnesses cannot be found.  Prosecutors have a challenge due to lack of evidence.  In a court of law, a case that can create reasonable doubt will be thrown out and no conviction will take place.

Therefore, municipalities must be very careful and thoughtful to the tools purchased to help them identify and prosecute.

One common practice is collecting evidence found at the dump site, such as receipts and documents that connect the documents to a person responsible.  Unfortunately, it is difficult to prove that the person connected to the evidence is the actual person who committed the illegal dumping crime.

Another current practice is using trail cameras or video cameras.   Although, some evidence can be collected, the cameras are not tamper-proof and the resolution is questionable in court, giving the defense attorney a platform to provide reasonable doubt, which is all that is needed to win a case.

Most illegal dumping occurs in remote areas where electricity and internet connection are not available.  However, the remote dumping sites are creating disease and hazards to the community and a solution must be found.

Fortunately, there are Illegal Dumping Cameras specifically designed to capture evidence in remote areas.   And these photos have stood up in court, winning the conviction needed to stop the illegal dumping occurring within the community.

Not all cameras are created equal.  Make sure your community has the right tools to stop illegal dumping. 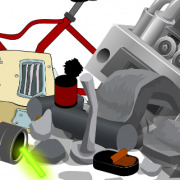 Illegal Dumping is a struggle for all cities and counties throughout the nation.  Most cities have implemented some type of illegal dumping program to try to catch perpetrators, by investigating the dump site to try to find clues as to where it came from or using trail cameras to have photo identification of the crime in the act.

Sadly, the pitfalls of these tactics are very frustrating.  Although clues can be found at a dump site, it is very difficult to attach the clues to the actual person responsible for the dumping.  There are numerous reasons for a defense attorney to be able to create enough doubt, making it very difficult for the prosecutor to convict the person on trial for the illegal dumping charge.

This is also the case for trail cameras.  Trail cameras do not have the ability to get enough detail in resolution and they are easy to tamper with, again giving the defense attorney enough cause for reasonable doubt, therefore no conviction.

For an Illegal Dumping Program to be successful there must be a bite in the consequences of illegal dumping.  A solid program should generate revenue to pay for the Illegal Dumping Program, and other programs that benefit the community.  But for that to happen, clear evidence is needed to be provided to the prosecutor.  Solid evidence, making it hard for a defense attorney to find reasonable doubt.

Thankfully, there are Illegal Dumping Enforcement Cameras, designed specifically to capture evidence that will stand up in court

An effective Illegal Dumping Enforcement Program is necessary to stop illegal dumping.  Cities need to provide their departments with the right tools in the fight of beautifying and protecting the environment. 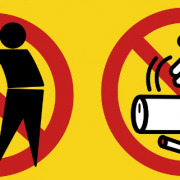 Before the 1800s, trash including bones and broken cooking utensils were left strewn about on the household yard.  In the 1800s people began to be more discrete and dug holes to dump their trash.  A little trivia tells us, between 1872-1932 – Worcester, MA used pigs to consume the city’s garbage.

Unbelievably, it wasn’t until the 1960s that public health became a concern.  Entering the arena was the Solid Waste Disposal Act (1965).

As time continues so does the trash problem, how to dispose of trash and protect the environment.  Unfortunately, the problem of illegal dumping continues to plague cities and counties across the globe.

So, what can be done to protect your community from the hazards of illegal dumping?

The solution is an effective Illegal Dumping Enforcement Program, and the key elements, which require departments to work together, are:

Stop the illegal dumping hazards and blight in your community and create an effective Illegal Dumping Enforcement Program today! 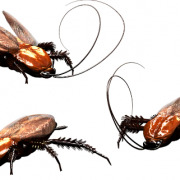 Illegal trash dumping in cities not only carries a horrid smell and is ugly to see, it also attracts flies, mosquitos, cockroaches, mice, rats, and other vermin. This creates an unpleasant experience for those who live and do business in the city, but it also poses a serious health hazard.

Cockroaches and mice are creatures that have more in common than I’m sure most of us would like to admit. They both carry disease and are filthy, they are both very fast and can fit into tiny cracks and crevices, and both groups can also multiply at excessively fast rates, making the extermination task that much more difficult to accomplish.

Living spaces within the city tend to already be on the smaller side.  People start to feel crammed in their mini hobbit-sized apartments, causing them to get rid of more of their less favorite stuff.  A common dilemma too that city folks run into is thrift stores have strict rules about the donations they accept, especially since Covid-19. Also, bulk items carry a price to pay in order to be picked up.  When legal dump sites for bulk items cost more than people are willing to pay, and at the same time your urban neighbor is getting sick of their shabby-chic rocking chair that’s falling apart and handed down by their grandmother, they might be tempted to illegally dump the item into the dumpster or at another illegal dump site.

Dumpsters become full past their prime quickly within the city.  If city folks encounter this when they go to throw out their trash, where else are they going to dump it?  This leads to an ever-increasing problem of these vermin attraction sites in urban areas.  Others are the negligent type, or just don’t care anymore since the city already has litter speckled about in every alleyway.  If the city has a high homelessness rate, that also contributes to its increased illegal waste-dumping problem.

Next time your city council has a meeting about shrinking your city’s illegal dumping crisis, learn how to implement an effective Illegal Dumping Enforcement Program.