You are here: Home1 / How to stop illegal dumping 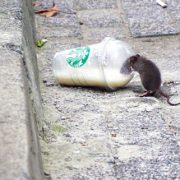 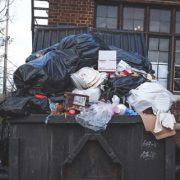 Have you ever thought Social Media could help stop illegal dumping?

Today’s quickly evolving and advanced technology is currently becoming adapted to help solve crimes worldwide. Through the use of social media sites such as Facebook and Twitter, many community leaders and law enforcement entities are using this new technology to combat growing problems like illegal dumping and vandalism. Well placed surveillance cameras are catching these illegal acts against our communities and aiding in the identification of suspects as well as providing footage for evidence in courtroom cases. These cameras also have the added benefit of helping to deter the re-occurrence of these common crimes.

With the benefit of social media’s large audience, prosecutors now have more tools than ever at their disposal to vigilantly pursue perpetrators of illegal dumping and results have proven that these programs are working proactively well.

A case in point is the city of Youngstown, that has seen cases of illegal dumping drop by a record 40 per cent so far, and this number is climbing. Mayor Jamael Tito Brown’s “get tough on illegal dumping” initiative utilizes new Ohio legislation which features mandatory minimum fines and potential jail time for more serious offenders convicted of violating illegal dumping and anti-littering laws. With the new and revised statutes, city prosecutors can no longer turn a “blind-eye” in regards to those suspected of the crime of illegal dumping.

In addition to the new legislation, the city of Youngstown has also implemented a network of illegal dumping cameras designed to both identify suspects who are caught dumping illegally as well as deter those who seek out dump sites to unlawfully dispose of their solid waste. These photos are then displayed on Youngstown’s Facebook and other social media sites to help identify the suspects in question, as well as educate the public on the consequences of performing this heinous act.

All cities should use Social Media to combat Illegal Dumping. 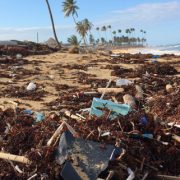