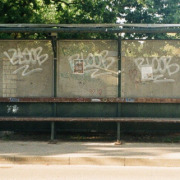 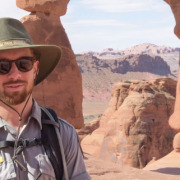 Parks and Recreation Directors are people who care about the environment. They know how beautiful, well-kept parks have historically proven many societal benefits, as well as the environmental protection it provides.  Which is why they use the resources necessary to keep our parks clean and free from improper waste disposal, infamously known as illegal dumping.

Unfortunately, abatements of illegal waste costs the government, as well as the law-abiding, tax-paying citizens dollar amounts that can run into the millions, sometimes billions per year.   These accounts could preferably be spent on better upkeep care and preservation of the environment, rather than spending it on the environmental cleanups of illegal and absolutely preventable dumping.

Parks Directors understand that garbage, dumped illegally by thoughtless individuals, harms the environment.  If debris is dumped at a publicly accessible area, this can be dangerous to people.  It is an injury threat if discarded scrap is dumped in an area where children play, or where people play sports, such as near a playground or in a recreational area.  Illegal dumping sites might also contain toxic waste, which can be detrimental to human health.   When illegal waste dumped contains toxic materials that cause a hostile environment to parks, it not only makes it unsafe for people, but it simultaneously kills off the wildlife, and it poisons the habitat of the plants and the trees.

When all the good people, all the innocent wild animals and all the beautiful gardens and plants are gone, that’s when crime increases.  The homeless population moves into the park, and it becomes a common dumping site.  Not only is this waste dumping a form of environmental vandalism in and of itself, but the site of trash everywhere will cause other, thoughtless vandals to further disrespect the park, and other types of vandalism such as graffiti and property destruction may become more prevalent.  The park at this point could become a gang territory as well.  It is also easier to hide other unlawful activity in an environment like this, and it could very well become a hot spot for illegal drugs and violent crime.

This very sad domino-effect has an overall negative impact on society.  The numbers of negative side effects of a bad environment add up in droves, which is why the Directors of Parks and Recreation are good at taking extra heed to prevent all types of crime, such as illegal dumping, from ever becoming a crisis.  It’s all about nipping illegal dumping in the bud before it blossoms into a full bloom environmental catastrophe. 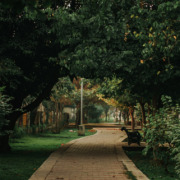 During the park closures back in 2020, we all learned that parks are essential to the health and wellbeing of the community, and the assets of a park provided need to be protected.

Unfortunately, there have been many incidents of vandalism, metal theft, and graffiti at are beloved parks.  To our greatest surprise are the occurrences within our historic parks and natural beauties.  It is hard to understand the person who would commit such a hideous crime.  Whether it’s youthful ignorance or anger directed at society, it is a very sad crime that affects our entire nation.

The vandalism that occurs at the local park is also sad.  Children come to play on the swing set or the slide, only to find it is not available due to vandalism.  Youth feel depression and unsafe when they discover their skate park has been defaced with graffiti.  And the football game will not happen because some culprit stole the wiring out of the lights.

Protecting Park property is more than surveillance.  Surveillance has its benefits, but it does not deter. Therefore, the park equipment such as field lights, bathrooms, playground equipment, and pavilions are destroyed and must be repaired or replaced.

This is very heartbreaking to the park visitors but also to the park rangers and recreation supervisors.  Because the park is created by their hard work and dedication, the destruction of the park is a blow to their heart.

Protecting Park resources are easier than you may believe.  There is a Park Vandalism Camera, specifically designed to stop vandals and other nuisance crime perpetrators before they strike.

What is your community doing to stop park vandalism and protect your park? 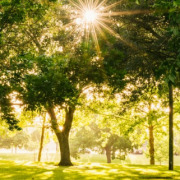 Parks are essential to the community and should be protected. The harsh reality is protecting the park from vandalism and graffiti is a daunting task. Unfortunately, it is estimated $12 billion is being relegated to the clean up of graffiti in the United States alone. Cleaning up graffiti is immensely expensive. The unbridled practice of graffiti and vandalism is crippling our government’s ability to maintain a high standard of life for American citizens. Vandalism, even in the form of graffiti, is ultimately governmental revenue being thrown in the trash. Vandalism is nothing more than a money pit.

It is difficult to apprehend vandals and graffiti “artists,” since anyone with a can of spray paint or mischievous thought can become one. Although graffiti artists and vandals are stereotyped as urban gangsters, the graffiti artist and vandal demographic are quite diverse. This makes apprehending vandals no easy task, they could be anyone. In combating graffiti and vandalism, it is essential to obtain the identity of the culprit.

The most effective way in which to identify graffiti artists and vandals is to set up cameras in crime hot spot locations. Unfortunately, most hot spots are in secluded areas where lighting and electricity are not available within the park, and it would be costly to install. Also, most cameras sold on the market cannot provide prosecutable images.

Fortunately, there are Park Vandalism Cameras that are specially designed to stop graffiti and vandalism. These Parks Vandalism Cameras are self-contained and portable, not needing lighting or electricity. The also provide unapparelled image resolution, allowing security to identify small tattoos at a great distance. Since graffiti and vandalism often occur in secluded areas or at night when there are less people around to witness the criminal activity, setting up Park Vandalism Cameras to keep constant watch over vulnerable property is the only way to prevent or at least punish the crime.

What is your community doing to protect your parks?