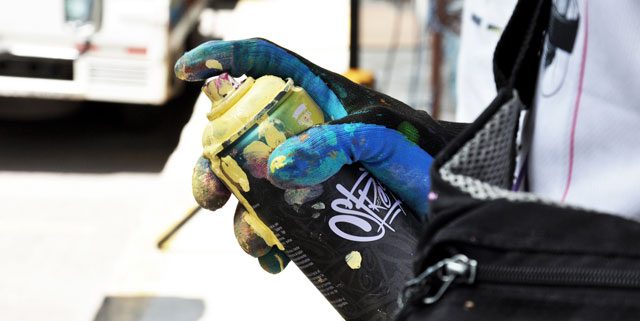 The term vandalism is defined as “the deliberate or mischievous destruction or damage of property”. Acts of vandalism can occur on both private and public property, and at locations where there is little risk of the perpetrator being caught. Vandalism can occur at any time of the day, but is commonly committed at night, when there is less civilian oversight, and thus, less likelihood the suspect will be seen and caught.

These ideal situations for perpetrators of vandalism to commit the crime can be analyzed from a prevention point-of-view, leading to a means of behavior modification appropriate for deterring the act. While an act of vandalism is often seen as a senseless crime, it is obvious that any type of behavior does not occur without motivation.

Schools, who have implemented behavior-modifying programs which include positive environment reinforcement, as well as minimalizing occasions of student disruption, have shown a 78 per cent reduction in instances of vandalism. The interruption of an individual about to commit an act of vandalism, via this type of behavior modification, serves as an excellent method of crime prevention.

The vandalism camera works as a preventative measure against occurrences of the crime by way of behavior modification. The on-board technology of this type of camera sends out a verbal alert when triggered and serves as a behavioral intervention, causing the perpetrator to pause and reflect as to why they are committing the crime.

The placement and use of the anti-vandalism camera prevents instances of vandalism from occurring due to the nature of the camera. Because would-be vandals do not want to attempt the crime when the risk of being captured on camera is high, augmenting their behavior, the vandal simply moves on.

The Negative Impacts of Illegal Dumping