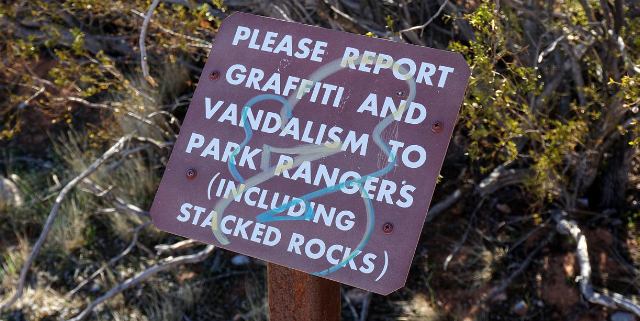 It is difficult to stop vandalism and juvenile crime at parks. Scribbles in permanent ink marking a territory. At the favorite place to ride… a vulgar image done with a can of spray paint that can be seen from outer space. Nasty words written inside a slide tunnel at a children’s playground. This is known as graffiti, and it is prevalent amongst our youth.

Maybe there’s that one kid that is actually a fantastic artist but doesn’t have anywhere else to vent their decorative literacy. Sometimes it’s because they don’t feel socially accepted anywhere, so they play school hooky and ride their bike to the local skatepark for the soul purpose of finding a solitary place to do what they want. Sometimes it is not for the purpose of being a loner, so they recruit a couple friends to follow suit. Maybe some creative kid is truly, deeply angry at another kid, or maybe they’re just an angry individual due to a youth mental-illness or for other reasons.

Regardless of the individual and underdeveloped reasoning behind a child’s poor decision to vandalize… it’s a well-known fact that kid’s copy other kids. And whomever, or sometimes whatever, is their strongest influence you can bet they will take it on and add it to their collection of role models. It’s a pattern we see in all youth, including and sometimes especially in teens. Unfortunately, Youth Incarceration is currently very high in the United States. It really, truly does not have to be this way. Although it is one great thing to have a Juvenile Detention Reform, that is a big responsibility to take on and one must know what they’re doing in order to truly help reform the youth vandal. One place to start is by cleaning up the child’s playground environment, so that another kid is not influenced by their unique form of talents that should be better displayed elsewhere. Clean recreation areas are known to have healthier impacts on our kids.

However, cleaning up the same old illicit scribbles over and over can get old quickly, not to mention expensive. Instead, the Park Director should focus more on Graffiti Deterrence and Vandalism Prevention, rather than on the energy spent painting over the same wall time and time again. That energy and extra finances could be better spent on helping our juveniles become better adults. And maybe, those kids will turn around to be the best graffiti prevention out of them all!

What is your park doing to prevent vandalism?