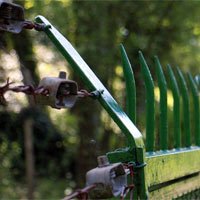 Once summer arrives and school is out, municipalities brace for the uptick in vandalism and theft that strike neighborhoods, parks, and other public spaces. Summer time is prime time for sizzling crime rates. According to FBI’s most recent statistics from 2013, the FBI estimates over 8 MILLION property crime offenses in the nation.

Vandalism mars the community’s image and affects the public’s feeling of safety. Vandalism is reported to decrease real estate values by 15%. When property values begin to diminish, it directly affects the revenue to the city. Even more, the social demise that follows the economic impact on a neighborhood is hard to quantify or put on a price tag.

Ironically, cities neglect proactive crime deterrence often for the same reason as the increasing frequency of nuisance crimes: economic adversity. At the very time crime fighting methods are needed most, municipal budgets tighten and require prioritizing in order to allocate resources that fight nuisance crime before it occurs—issues like theft, graffiti, vandalism and illegal trash dumping.

Educating the public and involving residents to help care for their own neighborhoods and parks will help to cut down on the frequency of nuisance crime. Work with schools and recruit youth to organize a graffiti initiative or clean-up project. By prioritizing crime prevention and deterrence, this approach can save a significant slice of park and city budgets in cleanup costs and labor and patrol salaries. It also preserves the community’s property values, sense of safety, comfort, and community pride.