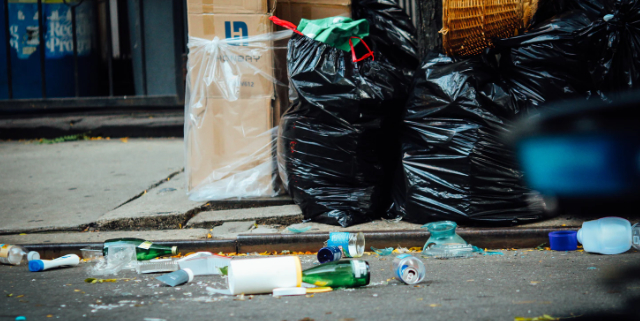 Illegal dumping presents a huge problem for the environment, and this problem grows exponentially when water gets involved. Nearly all illegal dumping consists of non-biodegradable materials such as plastics and cigarette butts. When these kinds of materials come into contact with rain or are swept into storm drains by runoff water, toxic byproducts infiltrate the water system. Unfortunately, the extremely toxic water which enters storm drains later flows into local waterways without being treated for impurities. This creates an incredibly hostile environment for aquatic life and people who are wishing to utilize the contaminated bodies of water. The most common method of illegal dumping which spreads this wanton disease and destruction is drive-by littering. People simply toss their trash out the window along the side of the road where it becomes prone to being swept into storm drains by rain or melting snow.

When people choose the roadside, or more specifically storm drains, as their dump site of choice, communities are put at a much higher risk of flooding due to the illegal trash clogging the drains. When you combine toxic water and flooding, a community is put in jeopardy. Parks and other common areas will become hazardous for children to play as they could easily come into contact with the toxic water after a good rainfall. Illegal dumping must be stopped if communities want to protect their public gathering places and their aquatic wildlife.