You are here: Home1 / Blog2 / Blog3 / Save the Parks and Stop Graffiti 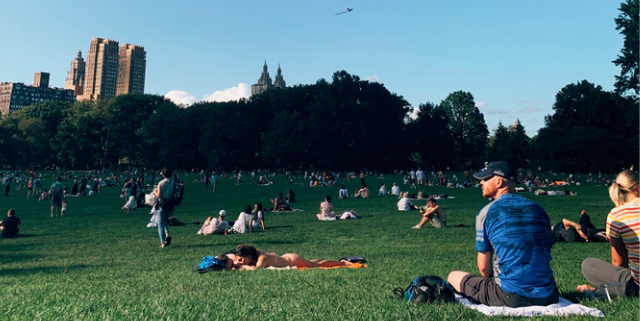 Parks are a wonderful place to get some free exercise, for families to spend quality time together, or for sports games. Parks are a natural and light-hearted channel of social interaction between neighbors. Also, parks raise the property value of nearby homes. Put simply, communities are far better off with parks than without. Communities have a lot to lose if their parks descend into disorder and violence.

One of the primary catalysts of a park’s descent into disorder is graffiti. Graffiti in parks acts as a sign of disorder which broadcasts a message to both innocent citizens and vile criminals. That message is that no one is protecting the park and that criminals can do as they wish without fear of facing negative repercussions of their actions. Graffiti makes law-abiding citizens feel vulnerable to criminal activity and makes criminals feel invulnerable to law enforcement. The fear that graffiti in parks causes among residents effectively drives them away from parks. When parks are left vacant by law abiding citizens, criminal activity then flourishes and grows more serious. Therefore, the perception of lawlessness that graffiti fosters eventually evolves into literal lawlessness.

Communities need to rid their parks of graffiti if they want to enjoy the numerous and lucrative benefits that the parks bring. The problem is that parks are incredibly difficult to police. Parks can be large with many nooks and crannies for criminals to operate in, not to mention that most parks lack walls or fences. Neither police nor park rangers can adequately patrol parks to prevent graffiti vandals from committing their crimes. Only with the aid of graffiti cameras, can parks obtain the level of surveillance necessary to ward off and capture graffiti vandals.  Vandals have no chance against graffiti cameras.

Save the parks and stop graffiti.