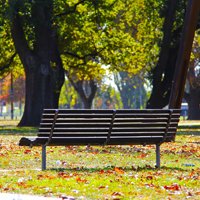 If your career is in Parks and Recreation, then you are most likely familiar with the NRPA Americans’ Engagement with Parks Survey which was released earlier this year.  The highlights suggest people enjoy the parks and want other people to enjoy the parks as well.  Having a park in the community is important to 9 out of 10 people.

The 2016 October NRPA article, Public Park Usage: Motives and Challenges, lists highlights worth noting.  Most of the key points focus on how often people visit the park and why.  Looking at the graph,  58% of the park users came to be with friends and family, and 52% visited to engage in some type of physical activity.  This may come as a surprise, but 3/4 of the people surveyed want more money spent on parks and recreation. Clearly, parks are important to people.  Parks increase the enjoyment of life and maybe even possibly the quality of life, which should be available to all people.

Unfortunately, some parks are targeted with graffiti and vandalism.  This causes concern for people who visit the park and the surrounding neighborhood.  Graffiti and vandalism bring down the enjoyment because it defaces the beauty of the park, but it also causes fear.  Parks that bear the burden of graffiti and vandalism lack the presence of security, which causes the park to no longer feel safe. In the same article mentioned above, personal safety was reported as a barrier to 17% of the people surveyed.  That means these people are not able to enjoy the park because of fears that they or the people they care about are not safe at the park.

Since parks are an important part of  quality life, it should be important to officials to safe guard the use of the parks for all communities and protect those who use them.  What are you doing to protect the parks?