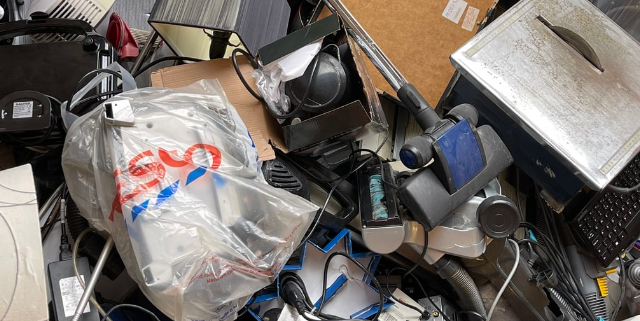 Illegal Dumping is a community blight that should be stopped. We are the stewards of this earth. We are the protectors of life. Mother nature has entrusted us with the task of preserving and cultivating the environment so that it flourishes. Most people would say they believe this, that is until they need to dispose of a large broken-down washing machine, or an old mattress, and they lack a nearby dumpster to throw it in. Often, a person’s desperate desire to get rid of bulk trash items outweighs their concern for the well-being of the environment, which results in illegal dumping.

Aside from creating an unpleasant site to behold, illegal dumping produces “chemicals from wastes and certain appliances” that “can leach into soil and local waterways causing damage to plants, wildlife, and water quality.” In addition to this, old appliances release chlorofluorocarbon into the air which severely damages the earth’s ozone layer. We cannot neglect the ozone layer unless we want to get burned up by the ultraviolet rays from the sun. And ozone destroying chemicals are not the only harmful consequence that can come from illegal dumping. Illegal dumping can also cause fires, pest infestations, and spread bacteria and viruses that infect animals and people. All these other risks pose an enormous threat to wildlife and surrounding communities. It is irresponsible to allow illegal dumping to continue for the sake of both nature and human life. But fighting illegal dumping and saving the environment can sometimes feel overwhelming since so many people do not want to take the extra effort to dispose of waste legally.

What is your community doing to protect the environment from illegal dumping?