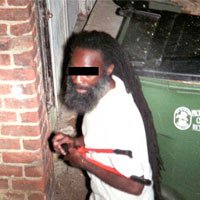 Early intervention is important in the ongoing fight against vandalism and metal theft in public parks. If it occurs, making repairs as soon as possible helps prevention of future destruction and nuisance crime activity.  Many parks close during night hours, as a step toward nuisance crime prevention and deterrence. San Francisco’s board of supervisors recently created a city ordinance closing parks from midnight to 5 a.m. for the purpose of addressing substantial problems of vandalism, illegal dumping and metal theft costing parks department approximately $1 million per year. Their reason? Most of the issues were happening predominately at night.

National Insurance Crime Bureau reports property crimes in 2013 amounted to 16.6 billion in estimated losses —and just for metal theft occurrences, a total of 33,775 claims submitted 2010-2012 for metal theft (copper, bronze, brass, or aluminum). Ensure your city does not become a statistic, by implementing proven strategies and effective crime prevention programs that keep your city’s property and park’s visitors safe.