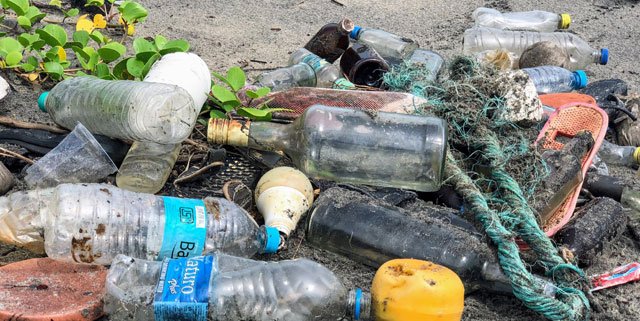 Illegal dump sites can contain many different types of solid waste. Used and discarded mattresses, bags of garbage, automobile tires, and construction refuse are all commonly dumped items that have been unlawfully disposed. These piles of illegally dumped trash can be found in both rural and metropolitan areas all over the U.S. Illegal dumping most often occurs in areas where perpetrators of the crime cannot be seen or caught while committing the act.

Because the crime of illegal dumping occurs nearly everywhere, the health risks directly inflicted by unlawfully discarded waste threatens the entire community where this crime takes place. The consequences of illegal dumping occur all too often. Entire bodies of water, such as lakes and rivers, can easily become contaminated by hazardous materials being dumped illegally nearby. Fragile ecosystems can be rendered irreparable due to damage sustained by illegal dump sites.

Illegal dumping is a perfect breeding ground for thousands of different types of bacterium. These bacteria replicate and thrive in the decaying waste that composes an illegal dump site. Rotting food, dirty diapers, and restroom waste all contribute to the health hazards imposed by illegal dumping and the bacteria these sites harbor.

Bacteria are microorganisms that cannot be seen by the naked eye, and as such, don’t seem like a substantial threat until these pathogens infect a host; as anyone who’s ever developed a serious infection would attest to. While some species of bacteria are considered beneficial, the bacteria infesting an illegal dump site are downright dangerous.

Salmonella bacteria, which are common to uncooked poultry and eggs, can easily make its way into garbage and contaminate the entirety of an illegal dump site in less than a day. Consequently, any animal or human that comes into contact with the contaminated site can spread this dangerous pathogen and further infect common areas where the bacteria thrive. A member of the Salmonella family, Salmonella typhi is the bacterium responsible for the dreaded Typhoid fever. E. Coli is another harmful bacteria that can infect soil and contaminate ground water where it quickly replicates. E. Coli is often introduced via garbage at illegal dump sites and can be spread by both humans and animals. There are over 2,000 different strains of dangerous bacteria that are available to thrive in the environment illegal dump sites provide.

Efforts to try to control outbreaks of these dangerous pathogens are proving futile. With each new generation of bacterium becoming more resistant to treatments of anti-biotics, a new means of control must be established. Basic abatement and prevention of excessive bacteria breeding grounds, like illegal dump sites, can only help future generations of people who may otherwise become infected by these deadly microorganisms.