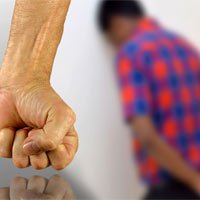 There could be more than presents and eggnog showing up this Christmas season. Crime could be on the rise compared to previous winters, with this milder weather ahead of us. According to the National Oceanic and Atmospheric Administration (NOAA), the winter of 2015-2016 is predicted to be warmer due to the current El Niño weather pattern. Many people in the Northeast regions are even unlikely to have a white Christmas.

This predicted warmer winter means people will be more active outdoors compared to previous winters. This overall increased activity will unfortunately also include unwanted nuisance crimes such as gang activity or graffiti vandalism.  There seems to be a consistent trend that indicates warmer weather leads to higher crime rates.  With the possibility of this increase in criminal activity, cities should continue to take proactive graffiti prevention measures even during the winter months.

We’ve seen record low temperatures and heavy snowfall in many regions these past recent winters, where cities were experiencing reduced overall activity during these colder months, including graffiti vandalism.  Cities work in cycles and during this time of the year, police departments typically alter their policing strategies for winter predictions when “law-breaking slows when it’s cold, and picks up as the temperature rises.” However, this winter these strategies should be reevaluated and implement more proactive graffiti prevention plans since crime may increase compared to previous years.