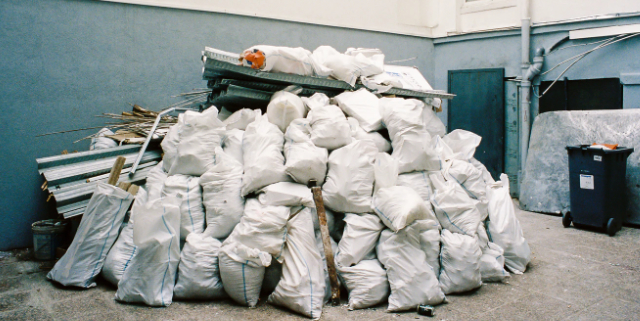 Illegal dumping may sound like a petty crime that hardly affects anything at all.

However, the presence of illegal dumps results in a decrease of neighborhood property values. This is a massive problem for communities because it has a snowball effect. First, the illegal dumping itself repels would-be tourists and home buyers from a community because piles of trash strewn about on a road, in alleys, or in forests are unsightly and smell dreadful. Realtors will be hard pressed to find anyone who will buy a home near an illegal dumpsite, let alone in a community where illegal dumping is commonplace.

Additionally, illegal dumpsites create a health risk for people nearby. Illegal dump zones are breeding grounds for insects and they attract animals that transmit diseases, such as rats and skunks. Knowing that one’s health is at risk along with having to deal with terrible smells and obscene garbage is sure to drive away large numbers of consumers. On top of all that, lands or places that have been turned into illegal dumpsites can serve as magnets for other criminal activities. And fixing this huge problem will inevitably raise taxes. While the criminals get away with saving money by dumping illegally, law-abiding-citizens pay the bill. The city will end up losing mass amounts of revenue due to the illegal dump sites. “The community as a whole also becomes unattractive to prospective commercial and residential developers.”

Catching illegal dumpers in the midst of the act is the cheapest and most effective way to end illegal dumping. Most often, illegal dumps are quick and done from a car. So, getting the attention of the criminal dumpers before they commit the crime is crucial. Illegal Dumping Cameras are highly specialized to target the illegal activity of dumping. Cities save hundreds of thousands of revenue dollars by utilizing highly specialized Illegal Dumping Cameras.

Vandalism During the Pandemic
Scroll to top Call Now Button