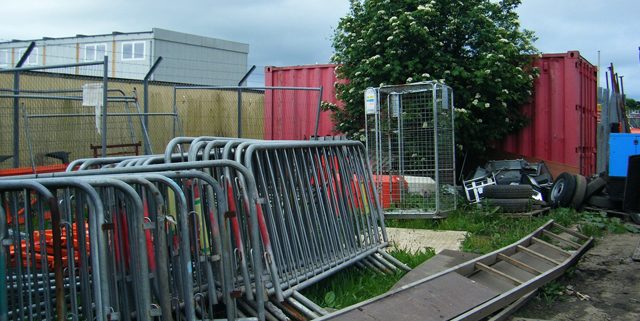 There are massive, public complaints about illegal-dump sites, community eyesores lowering property values, all over the country. A lot of cities experience vicious dumping cycles in known targeted areas. Due to the sites usually being remote, these sites create huge challenges, especially in the city’s budget. Unfortunately, a city’s resources, which is already limited, must now be used to clean up and install methods to prevent the Illegal dumping problem.

Illegal dumping, also known as “fly-tipping”, wreaks tremendous havoc on the city government pocketbook. Oakland, for example, has an illegal trash catastrophe that is costing more than 5-million dollars per year.

In addition to the obvious costs,  an illegal dump site can cause a concern that the sites are forming a hazardous environment.  Hazardous materials and chemicals illegally disposed may leak dangerous toxins, which are poisonous to both people and wildlife.  Another fact to note is this environment of waste-piles increase the risk of fires, according to the Hall County Board of Commissioners. This could be caused by the glass or the pollutants which could be flammable.

The threat of illegal trash spots causing a fire hazard should be a high concern to cities.  A fire started due to an illegal dumping problem may cause damage that will cost a city an immense amount of distress and resources, which further puts a city in debt. Fires caused by illegal-dumping is costing many cities millions.  Imagine the arduous work and resources that are required for restoration because  of damage caused by an abundant fire.

Another financial nuisance to take note of, is how a small illegal-dumping location may turn into a larger open-dump site, leading to an even bigger strain on a city budget. Just a few, small molehills can quickly turn into mountains of moles if they aren’t exterminated in a timely fashion. Likewise, illegal dumping is dangerous and costly if not stopped in time. It is therefore wise to take advantage of every preventative measure possible to keep these nuisances from growing out of control and from stealing the cities’ financial resources.