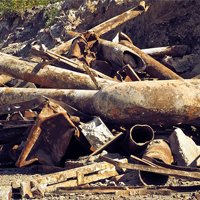 Illegal dumping sites are a breeding ground for all kinds of diseases and mosquitoes.  In addition to rodents and the microscopic organisms, there are the disease carrying insects.  These creatures enter into the human domain, carrying with them their diseases, or become infected after biting a disease carrying source.  Some diseases transmitted by the mosquito in North America are Malaria, West Nile Virus, Encephalitis, and the most recent scare, Zika Fever.

According to the United States Environmental Protection Agency, EPA, Mosquitoes require water to undergo their life cycle.  The four stages of life, hatching from an egg to becoming an adult flying insect, can take anywhere from 4 days to a few months, depending on the temperature and other environmental factors.  The female flying insect then searches for a blood meal, which can be an animal or a human.  After feeding, the female mosquito lays the eggs on or near water.

According to The American Mosquito Control Association, AMCA, a nonprofit organization that provides information and education to help communities suppress the mosquito population,  many mosquito problems in your neighborhoods are likely to come from water filled containers.

Now, imagine the unintended containers left at an illegal dump site.  Just to name a few, there are tires, mattresses, and toys.  Left unattended these articles accumulate more than enough stagnate water to attract and breed mosquitoes.

With the large amounts of rain and snow most cities have experienced this winter and spring, there is a lot of standing water.  And there are a lot of Illegal Dumping Sites.  Therefore, the probability of pestilence is high this year.

Illegal Dumping is a problem cities should take seriously. Thankfully, most people dispose of their trash in a responsible way.  However, there are some who do not, and the rest of the population is counting on the cities to do everything they can to prevent the  mosquito borne diseases that are plaguing the communities.  What is your city doing to prevent illegal dumping, the mosquito breeding grounds?