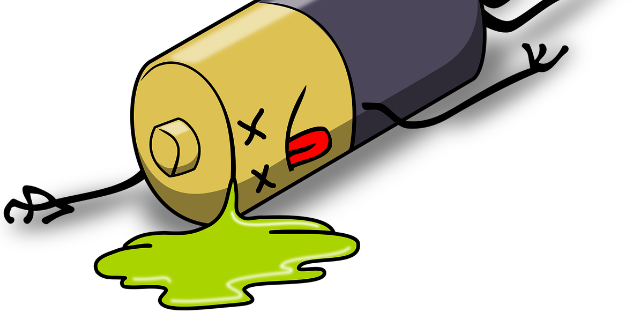 Improper disposal of any type of battery, including lead batteries, acid batteries, nickel batteries and lithium batteries pose a vast list of dangers to the environment and can even have a lethal aftermath.  When batteries are not properly recycled and they end up in landfills or in any other type of area illegally, it contributes to the pollution of soil, which then gets into and contaminates the groundwater and surface water. It can also cause air pollution.

All batteries contain toxic materials, and when not recycled carefully and legally with the proper scientific guidelines, they decompose in landfills and undergo a photochemical reaction that can make them even more dangerous.  People and animals can suffer because of this reaction.

Batteries contain inorganic lead, which presents an outstanding health hazard to humans if the dust from its decomposition is ingested or inhaled.  They also contain high amounts of sulfuric acid which is highly corrosive to any organic material or substance. This sulfuric acid can burn through the stomach of a person or animal if ingested.  Another harmful component is called cadmium, which is used in nickel batteries and is classified as a known carcinogen.  It can be absorbed into the skin if touched, and the surrounding soil soaks up this material like a sponge.

These toxic chemicals leak and are then absorbed by the surrounding soil, which can find its way into the local water supply.  The toxicity the batteries emit can kill plants and animals whose dead bodies decompose and create a hirer risk for the rivers, streams, and lakes where drinking water is collected from. It can also contaminate the fish people eat. It can also kill the fish in the waters, leading to more water supply contamination. Greenhouses will also vent this pollution which leads to these same contaminates being emitted into the air.

How waste batteries are handled can have a giant impact on the microbiology and biochemistry of the environment.  Proper disposal is essential, especially with the larger used batteries such as those from cars, computers, and other machinery. Many are unaware of how illegal it is to throw away used batteries into the trash or dumpster. Some people will dump loads of used batteries at sites not meant for that purpose.  Even if the battery is considered dead with no charge, it still contains the toxic chemicals mentioned above.  Educating the public on the effects of inappropriately discarding batteries is key.  Every city needs effective tools to stop Illegal Dumping, especially Illegal Dumping Cameras designed specifically to stop Illegal Dumping.