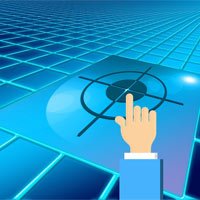 Reporting graffiti sites is an effective way a community can work together to help with graffiti prevention efforts. The Brooklyn Daily states that reports of graffiti have skyrocketed to 166 percent—from 91 in 2014 to 242 in 2015 – in the 61st Precinct in Brooklyn New York.

Councilman Chaim Deutsch (D–Sheepshead Bay) says the increase in reports are due to the newly instituted proactive graffiti prevention program that encourages graffiti reporting. The district sends “cops to find graffiti and then a report is generated to get it removed.” Reports are required to have the graffiti removed or it will go unnoticed.

This new graffiti prevention program has increased the amount of public awareness of graffiti incidents within the community. With a dedicated resource in place for these efforts, the residents themselves can contact and report a graffiti site and have an officer generate an official report for removal to take place. Prior to this program, many cases may not have been addressed by the city even if someone had reported it to the police. With the community actively participating in the police department’s overall graffiti prevention efforts, the program is further strengthened which results in a more effective and successful program, which in the end will help address the graffiti issue within the community all together.

How to Prevent Crime in Your Community

What is “Fly Tipping?”
Scroll to top Call Now Button