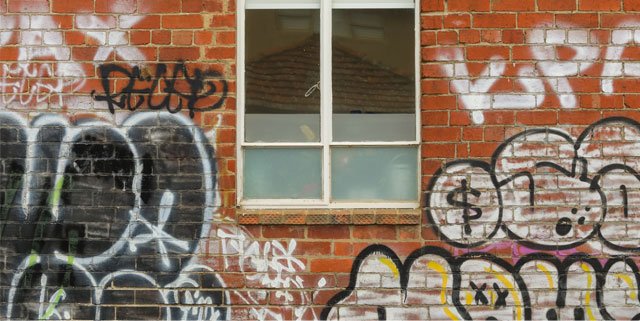 It is no secret that most large cities are a hot-spot for graffiti.  In addition to gangs using graffiti to “mark” their territory, there is also a host of “artists” who belong to an underground “street art” scene.  What these gangs and so-called “artists” don’t seem to take into consideration, however, is the cost and resources needed to clean up their graffiti.

For instance, In 2014, Los Angeles city workers cleaned up 32.4 million square feet of graffiti, or the equivalent square footage of 562 football fields.  Due to the vast and large nature of the City of Los Angeles, this comes as no surprise.  At this rate, Los Angeles City spends roughly $7 million per year of city money to clean up graffiti– money which would be better spent on other programs that benefit the citizens.

Some cities pay graffiti abatement crews to clean up the mess daily. Although necessary, these crews are often working in vain, as the freshly cleaned-up graffiti seems to return as quickly as it’s scrubbed off or painted over, functioning as a sort of budget-money-black-hole, fueled by more than 100,000 civilian complaints of graffiti sightings.

One worthy idea devised by some cities, is to “punish” caught and convicted taggers by making them clean up their own mess and repaint the structures as a form of rehabilitation.  However, this is only working, if the graffiti vandals are caught and convicted.  What about the countless taggers that whiz by under the radar, committing graffiti on a daily basis, uncaught and therefore undisciplined?  This triggers the question, what are cities doing regarding graffiti prevention?

It is clear, it is time for the cities to approach the problem of graffiti with a new set of eyes, due to the current situation behaving not unlike a recurring nightmare with no end in sight. The repetitive nature of current means of dealing with graffiti is like a game of cat and mouse, handled on a day-to-day and case-by-case basis.  Without a preventative plan of action and a graffiti camera, this game, sadly, is certain to continue.