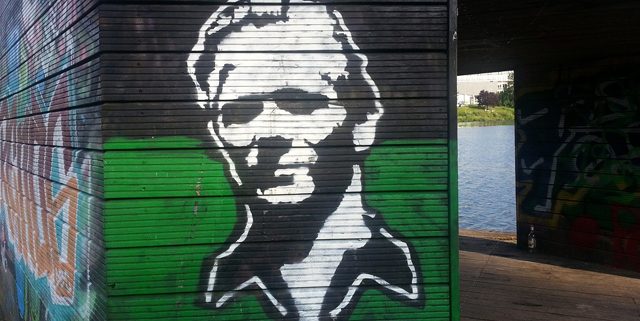 There may never be a shortage of walls on which a would-be graffiti vandal might adorn with his personalized signature. And because graffiti cleanup has to be meticulously maintained to discourage other potential vandals from doing the same, that wall becomes an exercise in honing that “artist’s” style. This  frustrating cycle of graffiti vandalism continues for months, and sometimes, even years.

Of the most common places graffiti-vandals target, lumber yards are seen as the ideal place to display their “art”. After all, lumber bays exterior walls are often very long as well as tall, giving graffiti vandals an opportunity to “go all out”, so to speak. The areas these lumber yards are built in are very industrial and lack any civilian oversight in late night and early morning hours. This inability to be seen committing the crime, and thus being caught, is the number one motivating factor behind most incidences of vandalism.

When a lumber yard is targeted by graffiti vandals, it then becomes the responsibility of the owner of the yard to ensure that the graffiti is cleaned up quickly. The cost of that cleanup is also absorbed by the yard owner. Many cities throughout the U.S. go so far as to impose fines on those businesses that aren’t quick enough to take care of the issue and charge the yard owner the cities’ cost to clean the graffiti up.

Graffiti prevention is often a hard-pressed issue. More lighting on problem areas, fences or bushes to prevent access, and security patrols can often deter graffiti vandals in a more common situation, but lumber yards seem to lie right in the middle of the most industrial area of a town, often resting right next to the cities railroad tracks. The sheer size of such a property can make finding a proper solution to the problem frustrating to say the least.