You are here: Home1 / Blog2 / Blog3 / Graffiti and Community Fear 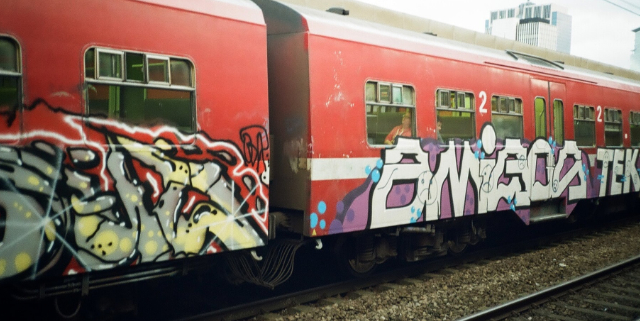 According to the broken window theory, there are many phenomena which are nearly universally agreed upon as disorderly, such as broken windows. Graffiti falls under this umbrella of universally recognized disorderly phenomena. And as a disorderly phenomenon, graffiti fosters fear among the general populace. The presence of such blatant disorder on the walls of buildings and the sides of trains communicates a lack of control, anarchy if you will. The fact that people are able to vandalize private and public property implies that there is no authority which can stop or prevent these criminals. Thus, the presence of graffiti in a community diminishes the public’s trust in their government to protect them from crime and fosters an atmosphere of unease throughout the community.

Additionally, the aesthetic condition of one’s home heavily influence’s one’s mood and self-perception. If someone lives in a town which is riddled with graffiti, they are more likely to feel depressed from the subconscious worries of being in danger and feeling like their life is chaotic. Also, if a person’s town is dirty and dominated by graffiti, they will lose self-esteem by associating their personal worth with the neglect of their community’s appearance. People who live in unkept, rundown areas will think that they deserve to be treated the same way, deplorably.

Overall, illegal graffiti will lower the quality of life in a community. It must be stopped!

However, it is impossible for public authorities to always be available to deter graffiti criminals, especially since much graffiti is done late at night or where police are less likely to be patrolling. Having crime deterrent cameras, which can constantly “patrol” building exteriors or train yards, is the most effective method for combating illegal graffiti. As soon as the criminals approach an area where they might paint on the walls, they will be startled, and behavior modification will take place.