You are here: Home1 / Blog2 / Blog3 / Fighting Graffiti Vandalism: Increases in Frequency, Vulgarity and Cos... 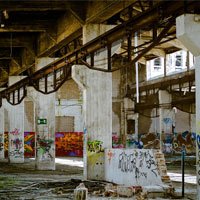 Graffiti problems in cities across America are on the rise sharply. Graffiti vandalism is becoming more vulgar and reflecting more tension and racial animosity. In September 2015, multiple incidents of racial graffiti vandalism occurred in San Francisco. Even worse, people are being killed for confronting taggers or simply cleaning up graffiti. A child in Compton, California, was gunned down while painting over gang graffiti. A man confronting taggers painting gang graffiti on his property and was shot dead as he approached them.

Although strategic suppression tactics to proactively prevent the graffiti from occurring is the optimal approach, rapid removal of all traces of graffiti is also key to preventing future incidences. This signals community pride for the area and property, and sends a message that graffiti vandalism will not be tolerated. Quickly addressing graffiti helps eliminate other forms of crime that might otherwise be attracted to the tagged area.

Is your school safe from the threats of vandalism and break-ins?