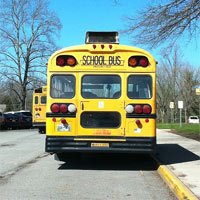 Graffiti and vandalism prevention takes priority, certainly after a costly incident. These occurrences can and do happen even in the “safest”, most unlikely school districts.

School officials at Olathe East High in Olathe, Kansas, for example, were surprised by an unprecedented $10K in graffiti vandalism damage  in June, 2014. Graffiti vandals strike at any time with various motives.

Alpine School District spokesman John Patton said, “While [petty vandalism] may be something that we deal with from time to time, something of this nature is really rare. It is extreme, completely out of the ordinary and very disheartening.”

“The environment has been affected, of course,” Patton continued. “We are working hard to get everything repaired…I really think when something like this happens there is.. shock….”

Schools traditionally are far more likely to prepare and prevent harm to schoolchildren from fire hazard than from other crimes such as school vandalism, equipment/metal theft and property damage which also impact the learning environments and safety  for the students and faculty. The real enemy of preparation is denial.