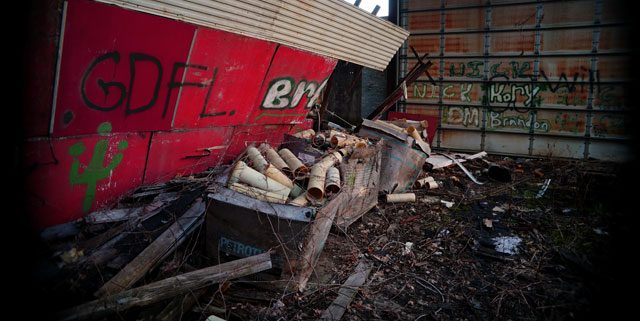 Illegal dumping is the dumping of waste illegally instead of an authorized method of disposal. The issues that piles of unlawfully dumped waste bring are complex and repetitive. Without proper abatement and deterrence, illegal dumping can quickly become more than just an issue of community neglectfulness.

Illegal dumping is not just an eyesore and a public health hazard. Piles of unlawfully dumped waste can also indicate a given community’s negative attitude towards their own environment. A lack of community pride inspired by illegal dump sites can lead to anxiety, depression, and suspiciousness of other residents in the neighborhood in which they reside.

Repeated acts of illegal dumping can give the feeling that a community is unsafe and contribute to further crime on an already vulnerable neighborhood. Piles of unlawfully dumped waste also serve as a visual representation of social disorganization and crime within a community.

Because of illegal dumping’s negative economic effects, the act contributes greatly to neighborhood decay. Illegal dumping results in lower real estate values and abandoned properties. This type of community blight invites other criminal behavior, such as graffiti and vandalism, drug sales and drug abuse, trespassing, and other types of public nuisance crimes.

Those who dump their waste illegally often feel like they will not be caught while committing the crime. Without a proper means of deterrence, illegal dumping will continue to affect many communities and negatively impact the residents who live there.

What should the community do?

Fortunately, there are creative ideas that not only solve the problem but can add to the city’s resources.  To do this, the city must implement a program that includes city teamwork, involving several departments.