You are here: Home1 / Blog2 / Blog3 / Don’t Compromise your Parks to Vandalism 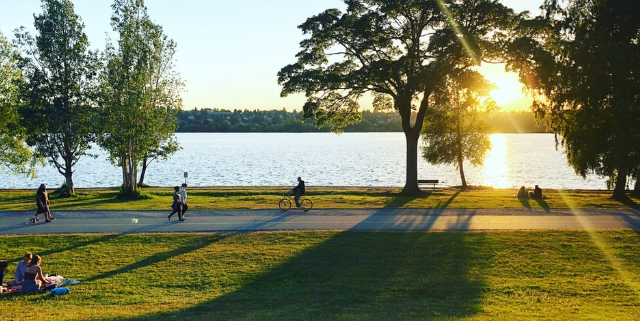 Imagine your favorite childhood playground. What comes to mind when you picture it? More than likely, you reminisce over fond childhood memories, gliding down a shiny, bright-red slide and flying high on the chain-link swing then jumping off to see how far you’ll land. If you lived in a city that cared about parks, you probably don’t think of vandalism or graffiti in the form of broken-down park benches and swear words scratched into the play equipment. However because parks are often targeted, cities pay large amounts of money to fix damages done to parks to ensure the beauty of recreation sites.

In Louisville, KY, a 2015 report showed that since 2010, there have been nearly $400,000 worth of damages done to city parks (https://wfpl.org/breaking-cost-vandalism-louisvilles-parks/). Among the damages are graffiti and theft. A common occurrence that Louisville parks face is stolen trash cans. Thieves can make around $3 for reselling a metal trash can, whereas it costs parks $10 to replace. This seemingly small number adds up to a sum that could be used towards city events or updating community gathering areas.

Unfortunately, vandalism and destruction are fates that public places regularly face, but there are ways to minimize the damage and costs that parks encounter on an annual basis:

Accepting the ruin of a community recreational site is not an option. And cities should not forfeit large bulks of money to protect the beauty of their parks. Anti-Vandalism Cameras are a great resource to protect and deter vandalism and graffiti.

What it Takes to Fight Illegal Dumping