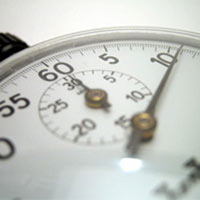 Fall season ushers in shorter days and increased hours of darkness, where crime can flourish. As Daylight Saving Time (DST) ends, be alert and vigilant.

The daylight hours help to deter criminal behavior, as shown in the Stanford University published study conducted by Nicholas Sanders and Jennifer Doleac.  Researchers found, for instance, that robbery rates decrease by an average of 51% during the hour of sunset following the shift to DST in the spring. Criminals seize the veil of darkness to carry out their unlawful activity. The risk of being seen by witnesses  or getting caught is likelier in daylight and is its own form of crime deterrence. In the study Sanders and Doleac conclude, “Taken as a whole, results support our hypothesis that effects are driven by criminal response to probability of identification and capture.” They affirm that the majority effect of the lowered crime rate “is due to deterrence” during the affected hour of DST.

When crime increases, the challenges to prevent criminal activity also increase, and the need to stop the cyclical pattern that often occurs. Some offenders see it as a game. Beat them at their own game by setting up crime preventions and stopping the offenders before it happens.

Graffiti Prevention Strategy: Address the “who” over the “...
Scroll to top Call Now Button