You are here: Home / Blog / Blog / Copper Theft “Is an Epidemic” 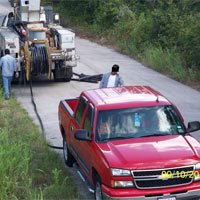 Copper theft is a serious problem.  There must be ways to stop scrap metal theft or the US will waste millions of dollars a year replacing it.  An article published in CNBC says that copper theft in the US has become “like an epidemic”. CNBC describes copper theft as “1 billion business”. Center for Problem-Oriented Policing estimates the economic impact to replace certain scrap metal crimes could be anywhere upward from $500,000 to $11 million.

Copper theft is usually the most popular of scrap metal crimes. Metal thieves in Utah were able to “steal 6 miles of copper from Utah highway”, copper valuing $50,000 and $60,000. UDOT spends roughly $300,000 to $400,000 annually replacing copper alone.  According to Mike Adelizzi, president of the American Supply Association, who is quoted in the CNBC article says, “There’s no question the theft has gotten much, much worse,”. Copper was valued a lot higher before the recession in 2008. Even with the drop in copper value, copper theft has risen. Some people predicted that copper theft would decrease with the recession, but this was proven wrong.

Copper theft is very costly. The Department of Energy states copper theft causes almost $1 billion in losses to U.S. businesses each year. CNBC says governments are developing laws and protocols for stopping scrap metal theft, but they say, “Stopping theft is unlikely”. Preventative measures need to be taken and researched to find new ways to stop scrap metal theft, or this copper theft epidemic may continue.

What is the True Cost of Graffiti?
Call Now Button Scroll to top