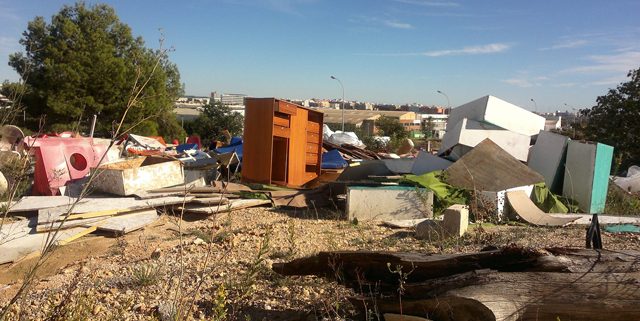 Whilst driving on the interstate, it is not uncommon to notice signs displaying a penalty for littering or dumping.  These signs are there to remind commuters that, besides the intentional littering, even a queen-sized mattress previously thought to be secured tightly to the roof of the vehicle during a move that comes to rest on the shoulder of the roadway and not expeditiously re-obtained is illegal.

Such is the case nationwide.  Not just on our freeways and interstate highways, but on both public and private property everywhere.  As all municipalities know, littering is not just an eyesore; dumping is a threat to the health of the community and the environment. Therefore, the need to actively deter and create Illegal dumping initiatives is birthed.

Illegal dumping initiatives are most often introduced and passed at the state level.  These laws punish offenders most often by a fine and are considered infractions.  Repeat offenders can look forward to misdemeanor or felony charges appearing on their criminal records and facing the likelihood of imprisonment, as well as a hefty fine to boot.

Currently, the fine for illegally discarding trash can range from a minimum of $250 to upwards of $1000.  “Commercial quantities” or materials considered “hazardous” are fined up to $10,000 under illegal dumping laws.  For every day the discarded mess is not picked up and properly disposed of, it is a new violation, and thus, a new fine is given.  If used automobile tires or batteries are amongst the items dumped, all fines are then doubled according to California’s illegal dumping laws.  Another possible revenue many municipalities consider is charging per pound of illegally dumped material.  This is especially profitable with dumped bulk items or if the waste is hazardous.

When the government generates revenue through the means of fines, restitution, and seizing assets for illegal dumping, it not only deters the unwanted activity, it benefits the municipalities by helping to pay for the cleanup and the damage spawned by the dumped material.  Keep in mind, the higher the fine the less likely people will continue to dump bulk amounts of trash illegally.  Is your city on task with generating the necessary revenue to combat the illegal dumping problem?