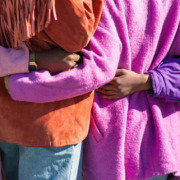 To stop quality-of-life crimes, a community must understand the crimes. All people desire to have a quality life. The details that go into what defines quality are different from one person to another person.  However, most people agree on the details that take qualities-of-life away such as sickness, lack of food, or lack of shelter. But what about a community?

What qualities of life should a community aspire to have? Most people would agree a thriving community is safe, has nice parks, and clean public areas to enjoy. There are concerns that hurt a community’s quality of life.

These concerns come in the form of graffiti, vandalism, and illegal dumping.  Graffiti and vandalism bring an atmosphere of danger and heighten alertness, the opposite of feelings of safety.  And Illegal dumping, besides the blight, introduces disease and toxic pollution, which can cause illness.

If a community wants to provide quality-of-life to its citizens’, then the community must place these concerns in the discussion.

End the cycle of quality-of-life crimes! 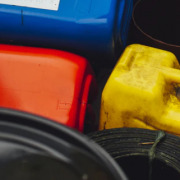 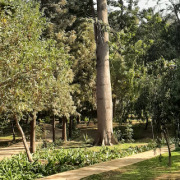 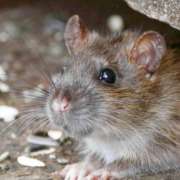 Illegal dumping sites are a massive problem in our country. There are few, if any barriers to prevent criminals from depositing their waste wherever they wish. Even in high profile locations such as downtown Los Angeles, there are literally entire blocks which are filled to the brim with an ocean of trash. And the ocean of trash is not simply unpleasant to look at, it brings its own host of dangers!

One danger in particular is the breeding of rats! The United States Environmental Protection Agency has noted that decomposing garbage provides both food and a habitat for rodents, worst of all rats. The rats which take up residence in illegal dumping sites are terrifyingly effective disease spreaders. Rats often carry hantavirus and the plague. The hantavirus is especially contagious because people can contract it by simply breathing the air which is contaminated with the virus. This means that anyone who comes near an illegal dump site is at high risk for contracting a deadly disease. The viruses, which rats carry, make illegal dumpsites deadly for communities.

Unless the illegal dumping is stopped, the problem will only get worse because the rats will continue to breed. The rats’ breeding is nearly unstoppable due to the shelter and nourishment they receive from the dump sites. The best way to solve the rat problem is to solve the illegal dumping problem. However, as already stated, there are hardly any barriers in place which can halt the criminal activity.

The best solution for this disgusting problem is illegal dumping cameras. These cameras are specially designed to be used in remote areas where networking is difficult. These high-resolution cameras capture prosecutable evidence!