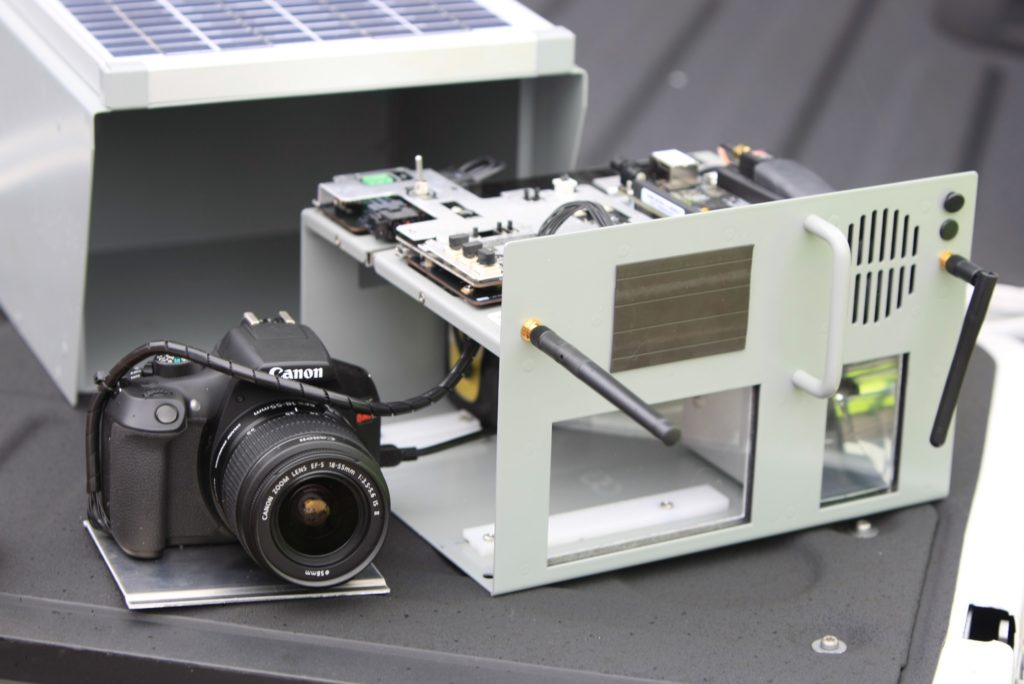 As a proactive public safety measure for the community, Orange County Parks and Recreation Division has installed four new surveillance cameras on multi-use pedestrian trails, including the West Orange Trail, Pine Hills Trail, Little Econ Greenway and Cady Way Trail. The cameras have been placed in locations purposely visible in an effort to deter after-hours activity and crime.

“This represents a worthwhile investment for public safety,” said Danny Banks, Orange County Public Safety Director. “The cameras are overt and visible because we want people to know they’re there for the benefit of their safety, but we also want the bad guys to know the good guys are watching them.”

Orange County collaborated with the Orange County Sheriff’s Office to determine which camera system to use and suitable locations in which to place them on the trails, which close after sunset. The solar-powered FlashCAM system takes still photographs and gives an audible warning to trespassers. It is also portable, which means it can be moved to various areas throughout the trail network. Each camera costs $7,000 and is 10” wide x 7 ¾” high x 9 ¼” deep at the base and 11 ¼” deep on the hood.

“We looked at multiple cameras and decided this was the best option,” said Matt Suedmeyer, manager, Orange County Parks & Recreation Division. “The camera can zoom in and get close-up photos of both faces and license plates, and the fact it audibly announces that you’re trespassing and your photo has been taken is a huge deterrent to criminal activity.”

Suedmeyer added this is just the first step in enhancing public safety in Orange County. “Right now, we’re deploying cameras on our high-use trails, but as we measure their success, we’ll add more both on our trails and in our parks.”

For information about Orange County parks and trails, visit www.OrangeCountyParks.net.

BATON ROUGE – The City-Parish will soon start taking pictures of illegal dumpers in the act.

The 16 cameras arrived in the mail on Monday. The camera boxes include a Canon camera, LED flash, motion detector, solar panel, and speaker with the potential to broadcast messages. The camera can take a high-resolution image from more than 200 feet away at any time of day.

The camera boxes will be installed on top of power poles and can send the images it captures directly to a cell phone.

The City-Parish did not provide a list of where the cameras will go, but say that they will target popular spots for illegal dumping and will move from different locations depending where the need is.

“You know, we have a landfill, everybody can bring their stuff to the landfill,” said Speer. “They shouldn’t be putting that on the taxpayers to clean up their mess.”

It’s part of Operation Fresh Start and a coordinated effort between the City-Parish department heads and law enforcement. In a few days, Speer says they’ll identify and prioritize areas where the cameras are needed to put a stop to illegal dumping.

The goal is to have the cameras up and running by October 19th. Anyone caught illegally dumping will face charges and penalties will be determined by the courts.

CHICAGO — The City of Chicago is using cameras to combat “fly-dumping” in Chicago, where people abandon all manner of trash and debris in abandoned lots and other areas within city limits.

New security cameras went up in 15 areas the City says are often used for dumping, and will be used to capture license plates and other identifying information of suspects. City officials said the cameras have already led to cases pending against two individuals. The fine for illegal dumping is $1,500 or more.