You are here: Home1 / Blog2 / Blog3 / Brief History of Graffiti and the Negative Effects 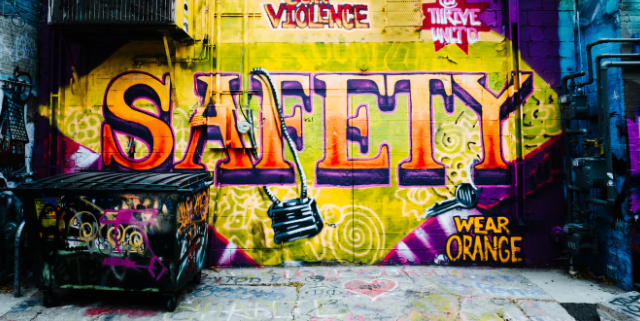 Graffiti is a controversial matter, especially in the United States. Many people see graffiti as a culturally significant artform that brings vibrancy to communities. Others see graffiti as a stain on what would otherwise be pristine and respectable communities. Interestingly, the term graffiti is an Italian word. Graffiti is actually the plural form of the mid-19th century Italian word “graffito,” meaning, “a scratch.” Ancient forms of graffiti can be seen scratched into stonewalls in Egypt, Greece, and Rome. The style of graffiti we are familiar with today began in New York in the late 1960s, being heavily influenced by hip-hop culture. Contemporary graffiti began with the underlying desire for artists to have their work seen by as many people as possible by tagging popular buildings and trains. This dream was made possible with the invention of the aerosol spray can, so that no subway car or freight train was safe from graffiti.

Although the original intentions of graffiti artist may be to express one’s art and brighten up a bland and dirty city, graffiti has become a stubborn blight on communities. Most graffiti is crude and sloppy. Most people see graffiti as a bad omen of gang activity encroaching on a community’s peaceful existence rather than art. Far from improving a space, graffiti often drains a community’s finances by depreciating nearby property values and forcing the government to use taxpayer dollars to clean up the graffiti. Both patrons and employees feel threatened by the presence of graffiti near the workplace, which can seriously hamper the success of a business.

Graffiti must be stopped. The most effective way to stop graffiti from occurring is by installing anti-graffiti cameras, specially designed to deter this unwanted criminal activity. Most graffiti “artists” believe that they can operate with impunity, but if that belief is debunked, they will be seriously deterred from committing any crime. Anti-Graffiti Cameras are designed to both ward off would-be criminals and identify criminals who choose to follow through on their destructive intentions. There is no better solution to stop graffiti than Anti-Graffiti Cameras.